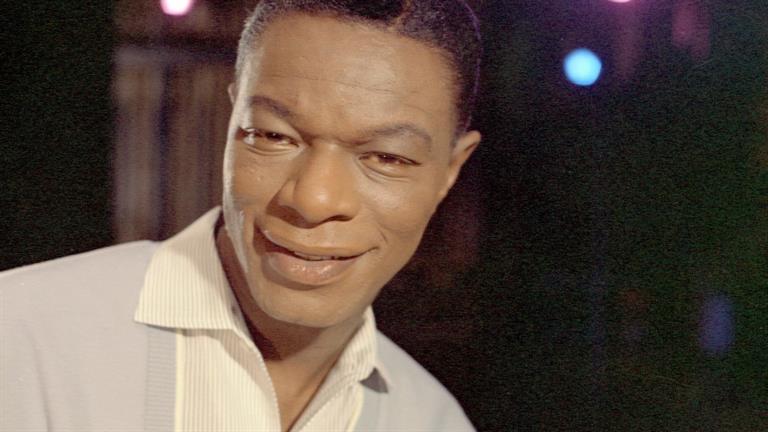 Today I’m investigating variations of a parallel chord movement targeting bar 9 of a 12-bar blues: III- bIII- II-. I think it’s been somewhat written out of history. Although I am just a bass player, I’ll talk a bit about harmonisations of the movement, and finally look at some melodic inventions over it.

Although he plays some extra weird bass notes (like E to F#), we can discern a chord progression: I VII7/#II II-, very similar to the better-known I bIIIo7 II-. How does this relate to my III- bIII- II-? They all share this parallel shift of a minor 3rd:

Does this mean anything? Well, I suggest you play just that minor 3rd shift in that spot (last 2 beats or last 4 beats before bar 9) of a blues. It sounds extremely bluesy and, as best I can express it, world-weary. Voice-leading-wise, it can land on the 1st and b3rd of a II- but equally the 5th and b7th of a V7. It’s parallel movement, which, as I suggest in this post, harks back to blues’ basis in overtones, which always move in parallel.

Skip James uses the chromatic minor 3rds in “Yola My Blues Away” (1931). This amazing song is in his characteristic open D minor tuning. It’s an unusual elaboration of a 12-bar blues, with a V7 on bar 2 and a bVI on bar 6. In the lyrics verses, the V7 is substituted by a bVII targeted with our parallel minor 3rds, e.g. at 0:35 after “in the morning”.

We’re getting away from my theme here, but out of interest… Skip James’ “Special Rider” uses a similar coloration but with a V root note. I think Skip James used this combined V- and bVII sound as a single modal area with vocal melody influenced by both I and V blues scales, not easily translatable to Western or jazz harmony.

In Robert Johnson’s slicker, almost pop idiom, we also find III bIII II, in his case as a bassline targeting a standard V7 on bar 9. (“Malted Milk” was recorded in 1937.) Actually, it’s not a bassline – the tune mostly doesn’t use bass notes – but rather a single-line movement to the 5th of a V7 which then uses a low open A string as a strong bass note. You can perhaps see what I mean better if I notate it:

Okay so we’ve seen the movement in early jazz and early(ish) blues. What about performers straddling that border? Nat King Cole’s lovely “Easy Listening Blues” (1944) is a great jazzy instrumental blues, that features the III bIII II movement from piano, bass and guitar – but at different speeds, leading to clashes.

Check out 2:16 – the guitar and bass imply the movement over the last two beats of the bar, but Cole gives two beats of the bar to III- and bIII- respectively (using some syncopation). A similar thing happens in the first chorus between bass and piano at 0:23. Are the clashes a bad thing? Not at all in my opinion. We’re merely seeing the dominance of directionality – as long as the paths converge on the same goal, it’s fine to use different paths or the same path at different speeds. The moments of tension are a consequence of three players navigating the form together, and contribute to the blue feeling of the piece. Note as well that Cole plays |II-7 V7|II7 V7 |, similar to Earl Hines’ progression, with a tasty inner voice movement to #4 during the II7.

Charles Brown’s classic “Driftin’ Blues” (1945) is harmonically simpler. Here the whole band agrees on a one-chord-per-beat III- bIII- movement targeting II-, for example at 1:46, in the 2nd chorus of guitar solo. Even soloist Johnny Moore outlines the movement. He superimposes some really hip clusters in the rest of the song, for example the descending idea at 2:09, or this outside, but very bluesy, superimposition of 9th chord upper structures on top of the bass’s III bIII II movement.

Note the trickiness: the chromatic movement seems like it will land on A9, not the usual chord but one with a strong blues identity and also somewhat related to the expected F#-7 subdominant (A6)… in any case, instead of A9 the third chord leaps to form the upper structure of an F-6!

Moore also uses the exact same basic descending minor 3rds idea we’ve been finding all along as an approach to an implied V-7 (II chord of IV) in bar 4 of the blues form, at 1:30.

Both of these performances, as well navigating the form with elegance, navigate the idioms of jazz and blues with ease. Nat King Cole uses grace notes and drone notes to create blues effects in the lead while using sophisticated harmony below. Charles Brown contrasts simple minor pentatonic fills with Johnny Moore’s hipper guitar (which still depends strongly on ultimately African-influenced parallelism/timbralism)!

Okay I want to finish now with some classic Charlie Parker blues to show how the III- bIII- II- movement worked in bebop. Our first example has Dizzy Gillespie playing a literal A-7 Ab-7 G-7 every single time on bar 9 of the form! The bass player gets it after the first chorus.

Finally, a composition whose progression is now named after Parker… but we know now that the A-7 to Ab-7 to G-7 movement has a long history. Parker takes the III- bIII- II- progression that we’ve previously seen at the rate of two beats or one beat per chord, and gives four beats to each chord. (On the recording, they’re not played as II Vs by the pianist).

Check Parker’s melody in the head and in the first two choruses of his solo on bars 7-8:

He doesn’t sequence downwards or baldly state the chords. His solutions are far more melodic, guided by diatonic-ish intervals and simple guide tone movements. To my ear, the one in the head seems to imply a negative dominant resolution to V (so, Ab- to C), the next one implies a negative dominant resolution to II- (A- C- to G-) and the next a different minor 3rd colour switch from A- to A major (or F#-) before settling as an Ab-9.

I’d love to hear about your own ways of navigating the blues form! Sorry for the late post and see you next weekend!